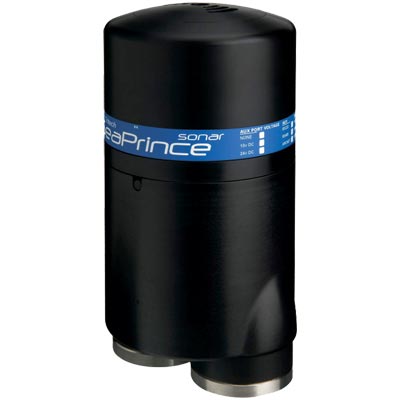 The Super SeaPrince DST sets new standards in sonar technology, offering the same industry standard features as the Super SeaKing sonar, in a compact design. Broad band frequency response from 500kHz up to 900kHz, for maximum range and higher resolution in a single channel sonar.

The Super SeaPrince DST is available in two configurations; single or dual port pressure housings. Using ARCNET communication the sonar can run alongside other Tritech products from the SeaKing range, as well as accepting inputs from third-party sensors and displaying all the data on one display.

Built to the highest quality standards and with a hard boot to protect the transducer, the Super SeaPrince is specifically designed for deployment in survey, observation and light work class ROV applications.